ROCKLAND, Mass., May 25, 2017 /PRNewswire/ -- EMD Serono, the biopharmaceutical business of Merck KGaA, Darmstadt, Germany, in the US and Canada, today announced 14 presentations, including eight sets of data on Cladribine Tablets, an investigational, oral, small molecule being developed for the treatment of relapsing multiple sclerosis (MS) at the 31st Annual Meeting of the Consortium of Multiple Sclerosis Centers (CMSC), taking place from May 24-27, 2017, in New Orleans, LA. 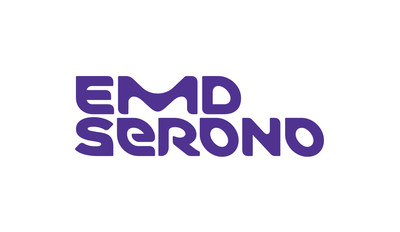 "Our ongoing research underscores the company's commitment to developing new therapeutic options for patients with MS," said Dr. Joseph Leveque, Chief Medical Officer, EMD Serono. "Data presented at CMSC add to the body of research evaluating the efficacy and safety of Cladribine Tablets as a potential treatment option for patients with relapsing MS."

"We compared the results from two 2-year studies to further understand the duration of efficacy of Cladribine Tablets," said Dr. Kottil Rammohan, an investigator in the CLARITY studies and Professor of Neurology – Clinical, and the Director of the Multiple Sclerosis Center at the University of Miami. "It's important that we saw similar results replicated in the CLARITY EXTENSION trial, which further supports the overall efficacy profile of Cladribine Tablets. Rates of clinical and MRI disease activity-free status were consistent with Cladribine Tablets across all subsets of MS patients for the duration in both trials."

Cladribine Tablets is currently under clinical investigation and not yet approved for the treatment for any use in the United States, Canada, Europe or elsewhere.

I'm Facing MS: Interactive Booth
EMD Serono has an interactive and innovative medical booth at CMSC. Attendees can learn more about EMD Serono's programs, pipeline and activities in neurology by visiting booth #701. EMD Serono has created an interactive experience for attendees, I'M Facing MS, which simulates changes in balance, fatigue, and vision that patients with MS experience. For every participant in the I'M Facing MS activity, EMD Serono will give a donation to the CMSC Foundation. On Thursday, May 25 at 5 p.m. CT we will present a $10,000 donation to the CMSC Foundation.

Teamworks Program: A Virtual Team Addressing Patient Inquiries
The CMSC, with support from EMD Serono, will launch an educational video series at this year's annual meeting. The videos are multi-purpose and are designed help the MS community prepare for doctor's appointments, gain knowledge when they are in between appointments, or aid physicians in providing education to their patients. The series will feature answers to patients' common questions and concerns, surrounding topics such as the symptoms that they are experiencing.

The following abstracts were accepted for presentation at the CSMC 2017 Annual Meeting:

About Rebif® (interferon beta-1a)
Rebif (interferon beta-1a) is used to treat relapsing forms of MS to decrease the frequency of relapses and delay the occurrence of some of the physical disability that is common in people with MS. The efficacy and safety of Rebif in controlled clinical trials beyond 2-years has not been established.

Important Safety Information
Rebif is contraindicated in patients with a history of hypersensitivity to natural or recombinant interferon beta, human albumin, or any other component of the formulation.
Rebif should be used with caution in patients with depression, a condition that is common in people with multiple sclerosis. Depression, suicidal ideation, and suicide attempts have been reported to occur with increased frequency in patients receiving interferon compounds, including Rebif.

Severe liver injury, including some cases of hepatic failure requiring liver transplantation, has been reported rarely in patients taking Rebif. The potential for liver injury should be considered when used in combination with other products associated with liver injury.  Monitor liver function tests and patients for signs and symptoms of hepatic injury.  Consider discontinuing Rebif if hepatic injury occurs.

The most common side effects with Rebif are injection-site disorders, headaches, influenza-like symptoms, abdominal pain, depression, elevated liver enzymes, and hematologic abnormalities.
There are no adequate and well-controlled studies in pregnant women. Rebif should be used during pregnancy only if the potential benefit justifies the potential risk to the fetus.
Rebif full prescribing information is available at http://www.emdserono.com/ms.country.us/en/images/Rebif_PI_tcm115_140051.pdf?Version=

About EMD Serono, Inc.
EMD Serono is the North America biopharma business of Merck KGaA, Darmstadt, Germany - a leading science and technology company - focused exclusively on specialty care. For more than 40 years, the business has integrated cutting-edge science, innovative products and industry-leading patient support and access programs. EMD Serono has deep expertise in neurology, fertility and endocrinology, as well as a robust pipeline of potential therapies in oncology, immuno-oncology and immunology as R&D focus areas. Today, the business has more than 1,100 employees around the country with commercial, clinical and research operations based in the company's home state of Massachusetts.