EMD Serono Announces JAMA Publication of Phase II Results of Sprifermin for Osteoarthritis Structure Modification
- Multi-year analysis indicates investigational sprifermin increased cartilage thickness in patients with knee osteoarthritis (OA), compared with placebo in the Phase II FORWARD trial
- Dose-dependent structural changes indicate potential of sprifermin to have a structure-modifying effect in OA
- Post-hoc, exploratory analysis of the FORWARD trial, to be featured as an oral presentation at the American College of Rheumatology (ACR) Annual Meeting, supports further investigation of sprifermin as a potential disease-modifying OA treatment in a targeted at-risk patient population
- There are currently no approved OA therapies for preventing or slowing disease progression

ROCKLAND, Mass., Oct. 8, 2019 /PRNewswire/ -- EMD Serono, the biopharmaceutical business of Merck KGaA, Darmstadt, Germany, in the U.S. and Canada, today announced that results from FORWARD, a five-year, multicenter Phase II study of sprifermin, a recombinant human fibroblast growth factor-18, in patients with symptomatic radiographic knee osteoarthritis (OA) were published online in the Journal of the American Medical Association (JAMA). Published results, based on the two-year primary outcome and the three-year follow-up analysis from the trial, show statistically significant, dose-dependent increases in total femorotibial joint cartilage thickness compared to both baseline and placebo comparator. 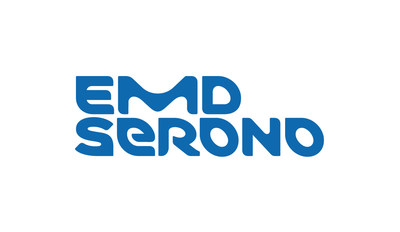 "The publication of these clinical data assessing therapeutic intervention for osteoarthritis in the Journal of the American Medical Association and at the upcoming American College of Rheumatology Annual Meeting are noteworthy," said Luciano Rossetti, Head of Global R&D for EMD Serono. "This represents an area of significant medical need, as osteoarthritis is a degenerative condition with no approved treatment options that directly target structural disease progression."

Secondary endpoints evaluated in the trial included changes in cartilage thickness as measured by MRI in the medial and lateral compartments, as well as changes in the Western Ontario and McMaster Universities Arthritis Index (WOMAC) core over two years. Total WOMAC scores decreased (indicating reduced symptoms) by approximately 50% compared to baseline in all treatment groups, including placebo. Statistically significant treatment effects of increased cartilage thickness were observed in the medial and lateral femorotibial compartments, including the central medial and central lateral regions, in the highest sprifermin dose group. Consistent increases in cartilage volume were observed over two years.

Adverse events were reported in more than 90% of participants across all treatment groups but were mostly mild or moderately severe and considered unrelated to treatment by the site investigators. The most frequent treatment emergent adverse events were musculoskeletal and connective tissue disorders (arthralgia, back pain), infections and infestations (upper respiratory infection, nasopharyngitis), vascular disorders (hypertension) and nervous system disorders (headache).

Additionally, a post-hoc, exploratory analysis from the Phase II FORWARD trial that will be featured as an oral presentation at the upcoming 2019 American College of Rheumatology (ACR) Annual Meeting on Tuesday, November 12, 2019 evaluated cartilage thickness changes and symptomatic outcomes in a subgroup of OA patients with both greater pain and thinner cartilage, as measured by joint space width, at baseline who are at higher risk of further structural and symptomatic progression. In this 'at-risk' subgroup, WOMAC score improvements increased over the three-year period and were significant at Year 3 (18 months after last injection) in favor of sprifermin compared to placebo (mean difference in WOMAC pain score for sprifermin 100µg every six months versus placebo: -8.75 [95% CI -22.42, 4.92]). These results support further investigation of sprifermin as a potential OA treatment for higher-risk patient populations.

The Company is evaluating external partnership opportunities for its OA portfolio, including sprifermin, with the goal of finding the right partner to advance the development of structurally-modifying treatments to change the course of OA. By pursuing alternative paths to internally driven development, the Company plans to further focus its efforts in inflammatory neurology and immunology (N&I) diseases with potentially overlapping inflammatory mechanisms like multiple sclerosis (MS) and systemic lupus erythematosus (SLE).

About Sprifermin
Sprifermin is in clinical development to investigate its potential as a treatment for OA in the knee. It is a truncated recombinant human FGF-18 protein thought to induce chondrocyte proliferation and increased extra-cellular matrix (ECM) production, with the potential of promoting cartilage growth and repair. Sprifermin is currently in Phase II studies.

About FORWARD trial
FORWARD (FGF-18 Osteoarthritis Randomized Trial with Administration of Repeated Doses) was a five-year, multicenter, dose-finding, randomized Phase II study of sprifermin administered intra-articularly in patients with knee osteoarthritis (OA) conducted across 10 sites. Eligible participants were aged 40–85 years with symptomatic radiographic knee osteoarthritis and Kellgren-Lawrence grade 2 or 3. Enrolment began July 2013 and ended May 2014; last participant visit for the data reported here was May 2017. The primary outcome at two years and a follow-up analysis at three years are reported.

About Osteoarthritis
There are approximately 237 million people worldwide living with symptomatic and activity-limiting OA1, the third most rapidly rising condition associated with disability globally. By the end stage of the disease, total knee replacement is often necessary. OA is likely to be the number one cause of total hip and knee replacement in the US. Currently there are no approved drugs for preventing or slowing disease progression.

About EMD Serono, Inc.
EMD Serono - the biopharmaceutical business of Merck KGaA, Darmstadt, Germany, in the U.S. and Canada - is engaged in the discovery, research and development of medicines for patients with difficult to treat diseases. The business is committed to transforming lives by developing and delivering meaningful solutions that help address the therapeutic and support needs of individual patients. Building on a proven legacy and deep expertise in neurology, fertility and endocrinology, EMD Serono is developing potential new oncology and immuno-oncology medicines while continuing to explore potential therapeutic options for diseases such as psoriasis, lupus and MS. Today, the business has approximately 1,300 employees around the country with commercial, clinical and research operations based in the company's home state of Massachusetts. www.emdserono.com