ROCKLAND, Mass., Feb. 9, 2021 /PRNewswire/ -- EMD Serono, the biopharmaceutical business of Merck KGaA, Darmstadt, Germany in the US and Canada, presented retrospective HIV-associated wasting (HIVAW) prevalence and comorbidity data today from a claims database analysis at the Miami Center for AIDS Research (CFAR) Conference on HIV and Aging in the Era of ART and COVID-19. 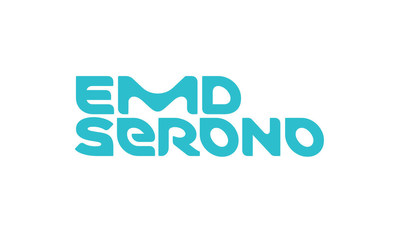 Results showed that the overall prevalence of HIVAW in the study population (N=42,587 HIV patients over the 6 years of study) was 18.3% (n=7804/42,587), including greater than one in 6 people with a diagnosis for HIV having a medical and/or pharmacy claim for HIV-associated wasting (also known as cachexia). HIV-associated wasting is a condition where HIV+ people taking medication can lose weight and lean body mass without trying and feel a loss of physical endurance.

"Many physicians consider HIV-associated wasting no longer an existing comorbidity in the era of modern ART, but the evidence suggests otherwise and the continued need for on-going assessments of people living with HIV for weight loss," said Javeed Siddiqui, MD, MPH, Chief Medical Officer of TeleMed2U and the study's author.

"Based on the data provided from this study, it appears that HIV-associated wasting remains prevalent in people with HIV, regardless of ART status," said Michael Harbour, MD, MPH and HIV/Endocrinology Medical Director at EMD Serono. "That's why additional studies are planned to further evaluate and understand this comorbidity."

"EMD Serono has been a committed partner in the treatment of patients with HIV-associated wasting for nearly 25 years," said Andrew Paterson, President of EMD Serono and Global Head of the Innovative Medicine Franchises at Merck KGaA, Darmstadt, Germany. "Our involvement in this study underscores our continued dedication to helping people impacted by HIV."

This medical and pharmacy retrospective claims analysis was conducted across US payer markets using IBM® MarketScan® Commercial, Medicare Supplemental and Medicaid Databases. It is important to note that real-world evidence does have limitations, including lack of randomization, less control over data collection, and less reliability/accuracy as compared to randomized controlled trials.

Results were shared as an abstract at the Miami CFAR Conference on HIV and Aging in the Era of ART and COVID-19.

About EMD Serono, Inc.
EMD Serono - the biopharmaceutical business of Merck KGaA, Darmstadt, Germany in the U.S. and Canada - is engaged in the discovery, research and development of medicines for patients with difficult to treat diseases. The business is committed to transforming lives by developing and delivering meaningful solutions that help address the therapeutic and support needs of individual patients. Building on a proven legacy and deep expertise in neurology, fertility and endocrinology, EMD Serono is developing potential new oncology and immuno-oncology medicines while continuing to explore potential therapeutic options for MS and other immunologic diseases. Today, the business has approximately 1,500 employees around the country with commercial, clinical and research operations based in the company's home state of Massachusetts. www.emdserono.com.